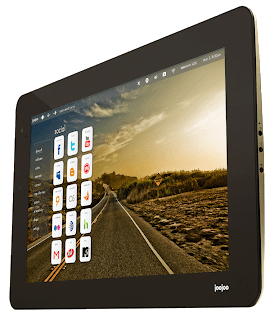 This blog has previously chronicled the litigation in the partnership gone bad over the joojoo which is pictured to the right.  As explained before:

Interserve believes that a joint venture exists between the parties wants a preliminary injunction to sequester funds from Fusion Garage from the sales of the device. It argues that there is an imminent need for this injunction because Fusion Garage has money trouble and the money may be gone soon.

Judge Richard Seeborg denied the preliminary injunction and the case moved into discovery.  Now, Interserve (which does business as TechCrunch) seeks discovery under Fed. R. Civ. P. 23 to obtain the source code that operates the joojoo.  Fusion Garage stated that the code is irrelevant to the present litigation, but Judge Seeborg disagreed:

He denied the motion for a protective order.   The case is Interserve Inc. et al. v. Fusion Garage PTE Ltd. No. C 09-5812 and the opinion is below the jump.