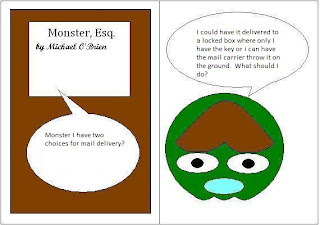 The City and County of San Francisco failed in a court action to compel the U.S. Postal Service to provide centralized mail delivery to single room occupancy buildings (SROs).  Currently, SROs receive mail through "single-point" delivery and Judge Richard Seeborg ruled that was just fine.  More details below the jump.


SRO's are kind of unique to San Francisco (though other large cities have them).  Basically, a person takes an old hotel and leases the rooms to one or two people as a living arrangement for some sustained amount of time.  These arrangements normally have lower costs because the rooms are smaller, so they appeal to the poor and those who have no need for personal appliances.  There are three large SRO's in San Francisco.

In a typical apartment building, each unit has its own mailbox and the mail carrier puts each unit's mail into the respective box.  This is known as "centralized delivery" (all the boxes are in a central location).  In a hotel, the letter carrier takes the mail to the front desk clerk who distributes it.  This is known as "single point delivery."  Now, if there is no mail clerk (like the group home I stayed in my 2L summer in Boston), then the mail carrier puts the mail in a heap on the floor.  The Postal Service treats SROs as hotels in order to reduce costs (in this case it estimates the savings at $2 million) and the City believes throwing mail in a heap in a low income housing development leads to unnecessary mail theft and is therefore unconstitutional.

Neither side has great facts going for it.  The City met with the Postmaster when it was considering an ordinance to require SRO owners to give units individual mail boxes to allow for centralized delivery.  The Postmaster said she could not guarantee central delivery, even with the fancy new boxes.  Nonetheless the city passed the ordinance and the mail carriers began to deliver the mail to individual boxes.  Well, that ended up taking a long time to complete a mail route and as soon as the Postmaster learned of this she ordered the mail carriers to go back to throwing the mail in a heap on the floor (presumably next to the individual mail boxes).  Among other things, the City complains that this violates the equal protection rights of the tenants.  Judge Seeborg disagreed:

Here, the USPS has presented legitimate reasons for treating SROs as hotels under POM. Plaintiffsare not able to demonstrate that the USPS’s reasoning lacks “some footing in the realities” of the classification or that it is merely a pretext for impermissible discrimination. Lazy Y [Ranch v. Behrens (9th Cir. 2008)]. Because rational basis scrutiny imposes a “strong presumption of validity” and requires courts to avoid judging the “wisdom, fairness, or logic” of the agency’s decisions, plaintiffs’ equal protection claim must fail.