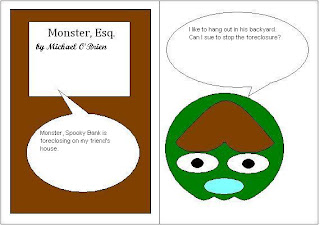 Several Courts in the Northern District of California have recently released cases involving lenders, among them:

In Errico v. Pacific Capital Bank, Mr. Errico complains that Pacific Capital Bank (PCB) failed to timely notify him of an adverse decision regarding the financing of his 140-unit condominium development in Turlock, California in violation of the Equal Credit Opportunity Act (ECOA). Under ECOA, within thirty days of receiving a completed application for credit, a creditor shall notify the applicant of its action on the application within a two year statute of limitations. Here, Mr. Errico complains that He applied for credit in January 2007 on August 9, 2007 he provided updated cost figures. On September 2, 2009 the plaintiff filed the current lawsuit. PCB states that the statute of limitations has run on the claim and it should be dismissed. Mr. Errico counters that he received a counter offer for his original loan application and that he did not apply until he submitted the August 2007 paperwork. PCB would have until September 8, 2007 to make a decision and he would have until September 8, 2009 to file the current lawsuit. Judge Lucy H. Koh stated that an issue of fact existed (at least at this point) as to when Mr. Errico applied for the loan and that the claim would survive a motion to dismiss for now.

Fried v. Washington Mutual Bank is a mortgage fraud action where the plaintiff is trying to stay in her home while the litigation progresses under a lis pendens.  Ms. Fried served some, but not all of the defendants and dismissed her claims against those whom she had served.  Stating a civil action no longer existed, Washington Mutual Bank moved to lift the lis pendens on the property.  Judge Saundra Brown Armstrong granted the motion.

Sarbaz v. Wachovia Bank is also a mortgage fraud suit over what appears to be an option adjustable rate mortgage which had negative amortization.  As this blog noted before, these products are frequent targets of lawsuits under the Truth in Lending Act (TILA) for not having their terms adequately disclosed.  The present case involves numerous state law claims which Judge Charles Beyer dismissed for being inadequately plead (though Wells Fargo, the substitute defendant, noted that the claims are preempted by the Home Owners Loan Act).  He dismissed most of the claims without prejudice.

Sobayo v. U.S. Bank involves the unique foreclosure action where the plaintiff is not a party to the loan.  Judge William H. Alsup dismissed the suit for lack of standing.


In the instant action, plaintiff brings his claims based upon mortgage loans taken out by a third party. Plaintiff is neither a party nor an intended beneficiary of these loans. His complaint does not allege any plausible facts to infer to the contrary. Thus, when a party is not a real party in interest, as is the case here, the action must be dismissed, unless the complaint can be amended by substituting a party who has standing.