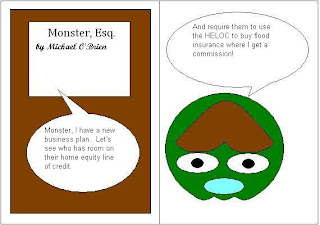 Padayachi v. IndyMac Bank involves a plaintiff pro se suing for wrongful foreclosure.  Mr. Padayachi argues that IndyMac Bank is the holder of the Deed of Trust on his property, not OneWest Bank, who initiated foreclosure proceedings.  OneWest moves to dismiss the action stating that it didn't matter who had the deed of trust and, even if it did, to show a wrongful foreclose Mr. Padayachi would have to allege he attempted to tender the full amount due on the mortgage note.  Judge Jeremy Fogel agreed with OneWest.


California Civil Code § 2924(a)(1) provides that "[t]he trustee, mortgagee, or beneficiary, or any of their authorized agents" may commence the nonjudicial foreclosure process by recording and servicing a notice of default. There is no requirement that any of the entities physically possess the note secured by the deed of trust or that any of them be a "person entitled to enforce" the note under the Uniform Commercial Code ("UCC") § 3301[.]

In order to challenge a foreclosure sale, a borrower in default first must tender in full the amount due.  See U.S. Cold Storage v. Great W. Sav. & Loan Ass’n., (Cal. 1985).

He granted the motion to dismiss without leave to amend.

Hofstetter v. Chase Home Finance, LLC is a putative class action dispute about whether the National Flood Insurance Act (NFIA) allows lenders to purchase flood insurance for its customers who have a Home Equity Line of Credit (HELOC) on its secured property and then charge that amount to the customer when the borrower had a balance of zero on the HELOC.  In an August 2010 Order, Judge William H. Alsup ruled that it didn't which gives rise to the two current motions.  The first motion involves a discovery dispute and the second involves a motion to amend the complaint.

In the discovery motion, under Fed. R. Civ. P. 26(a)(1) parties are required to disclose the name of any witness that is likely to have discoverable information about claims or defenses. Judge Alsup explained:


The parties were also reminded of the consequences of not completing timely initial disclosures during the July 15 case management conference, where the undersigned stated (Dkt. No. 108 at 4):


All disclosures are due — they are already due. I’m going to give you until the end of the month, July 30, to make sure you’ve done it right. Why is that? Because I do enforce Rule 37(c), failure to make disclosures on time.

Now, more than six months after the supplemental order was issued, and three months after the case management conference, defendants have disclosed the name of only one defense witness. This disclosure was made over a month after the July 30 deadline for initial disclosures. Under Rule 37(c), defendants are hereby precluded from relying on any witness, other than Mr. Nack, on a motion, at a hearing, or at trial.

Judge Alsup sanctioned the defendants by preventing them from relying on any witness other than a banker involved in the transaction at hand.  Nonetheless, the amendment to the complaint may result in more witnesses being available, so Judge Alsup allowed to amend the Rule 26(a)(1) disclosure to allow new witnesses as a result of amendment, however, he cautioned:


Any agreement to the contrary is overruled and any further attempt to evade orders will not amuse the Court.

The motion to amend the complaint combines a request to add a named defendant with additions to the complaint to cure pleading deficiencies.  The new plaintiff is Roger Modersbach who Chase also forced to purchase flood insurance in excess of NIFA requirements but he had a balance on his HELOC.  Judge Alsup granted the motion to add him:


[The] addition will neither "greatly alter[] the nature of the litigation" nor "require[] defendants to . . .  undertake[], at a late hour, an entirely new course of defense." See Morongo Band of Mission Indians v. Rose, (9th Cir. 1990).

Judge Alsup granted the motion to dismiss with regard to some claims and not to others, forbid any more motions to dismiss and required Chase to answer.
Posted by Unknown at 4:33 PM