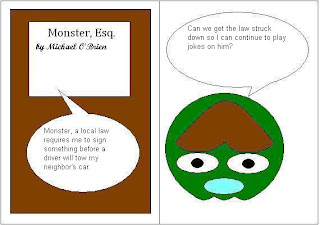 On Tuesday Judge Charles R. Breyer of the U.S. District Court for the Northern District of California partially struck down San Francisco's tow truck permit system stating it was preempted by federal law.  He enjoined enforcement of the law, but stayed that injunction pending appeal.

The "Permit System" requires tow drivers and firms to meet certain requirements involving paying a fee, obtaining insurance, having certain facilities and equipment, performing background checks of employees, and (oddly) acceptance of credit card payments in order to operate in the city under San Francisco Police Code §§ 3000, 3051.  Judge Breyer noted that their are three groups of tow drivers and firms affected by this "Permit System."  First, are those passing through the city (whom the city states it does not enforce the ordinance upon).  Second, are those engaged in consensual tows (such as when one's car breaks down).  Third, are those engaged in non-consensual tows (such as when a property owner requests a driver to remove an illegally parked car).

The California Tow Truck Association asked the Judge to strike down the law based on the Federal Aviation Administration Authorization Act of 1994 ("F4A").  That law prohibits municipalities from enacting a law or regulation "related to a price route or service of any motor carrier [with] respect to the transportation of property."  However, some regulations such as the exercise of a state's, "safety regulatory authority... with respect to motor vehicles are not preempted.

Believe it or not, this has been a hot area of appellate litigation, reaching the U.S. Supreme Court in 2002 in City of Columbus v. Ours Garage & Wrecker Serv., Inc. (finding that "Local regulation of prices, routes, or services of tow trucks that is not genuinely responsive to safety concerns garners no exemption from § 14501(c)(1)'s preemption rule.")  Judge Breyer found that the city met its burden with regard to non-consensual towing because the business is "inherently dangerous" and the city should "wee[d] out at the front in those likely to misbehave." It says nothing of those who use that part of the job to make a reality television show.

Judge Breyer found that The Board of Supervisors findings relating to the law speak to non-consensual  towing, but not to consensual or pass through towing.

Therefore, the pass through towing and consensual towing are "not genuinely responsive to safety concerns" and are preempted by F4A.


[T]he legislative findings show that the Permit System was not enacted with consensual or pass through tows in mind, it is not genuinely responsive to safety concerns applied to that conduct.

He struck down the law as applied to pass through and non-consensual tows but stayed the injunction pending appeal.  The case is California Tow Truck Association v. City & County of San Francisco No. 10-3184.
Posted by Unknown at 5:12 PM