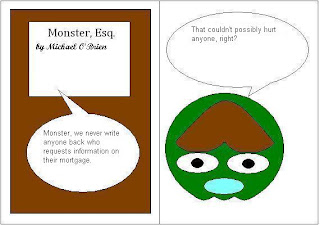 Here are some of the other summary judgment orders I found in the U.S. District Court for the Northern District of California.

Carillo-Castro v. Astrue is an appeal of the Commissioner's denial of Social Security disability benefits.  Magistrate Bernanrd Zimmerman explained that the Administrative Law Judge (ALJ) had some inconsistencies in his ruling:


Here, as in Massachi [v. Astrue (9th Cir. 2007)], the ALJ failed to ask the vocational expert whether his testimony conflicted with the [Dictionary of Occupational Titles] DOT and, if so, whether there was a reasonable explanation forthe conflict. This is particularly troubling because theremay be conflict between the vocational expert’s testimony that the plaintiff can perform a job which the DOT describes as requiring "frequent reaching." While it may be possible that the "frequent reaching" described by the DOT does not require more than occasional overhead reaching, this cannot be determined because the ALJ failed to ask for testimony onpossible conflicts. Thus, the Court cannot determine whether the ALJ properly relied on the vocational expert's testimony.

He granted summary judgment for the plaintiff and remanded the case to the ALJ.

Vidak v. Astrue is also a Social Security appeal.  The claimant argued that his pain prevented him from working and the ALJ disagreed.  Magistrate James Larson was not persuaded by the ALJ's reasoning:
This Court finds that the ALJ did not provide the required "specific, cogent reasons" for discrediting Plaintiff’s testimony regarding his pain. Lester [v. Chater, (9th Cir.1995)]. There is substantial evidence in the record that Plaintiff continuously sought medical treatment for his pain, and that his pain increased over time. The record does not reflect evidence of malingering. Plaintiff testified that his pain limits his daily activities and caused him to not be able to finish a retraining program.

Soriano v. Countrywide Home Loans is a mortgage dispute. Judge Lucy H. Koh explains that under the Real Estate Settlement Procedures Act (RESPA), upon receiving a qualified written request for information relating to the servicing of a loan from a borrower the recipient must acknowledge the response within 20 days and provide a substantive response within 60 days.  Here, Mr. Soriano claims that the lender blew him off, the lender responds that even it did, Mr. Soriano's claim fails because he cannot prove damages.  Not so fast, Judge Koh cautions:


Although Plaintiff may not claim his attorney’s fees for bringing this case as actual damages stemming from the alleged RESPA violation, if he ultimately prevails on his RESPA claim, Plaintiff will have a claim for reasonable litigation-related attorney’s fees pursuant to the provision of RESPA authorizing award of such fees. 12 U.S.C. § 2605(f)(3).

USA v. Lee is a suit by the government to collect back taxes.  Magistrate Joseph C. Spero explains that the government does not have a tough case to make:


In an action to collect unpaid taxes, the government satisfies its initial burden of proof "merely by introducing its assessment" of the taxpayer’s liability. U.S. v. Stonehill,  (9th Cir. 1983). [] In order for the presumption of correctness to arise, however, the government’s assessmentsof the taxpayer’s deficiency must be "supported by a minimal evidentiary foundation."

Rather than contest the assessment, Mr. Lee complains that the government never paid him for some helicopters and he is entitled to an offset. Judge Spero didn't buy it.


The Court finds that Defendant has failed to demonstrate, under thesecond requirement for equitable recoupment that "the time-barred over-payment or deficiency arises out of the same transaction, or taxable event as the overpayment or deficiency before the court." Menard, supra at 67.

Judge Spero granted summary judgment for the government.
Posted by Unknown at 5:28 PM