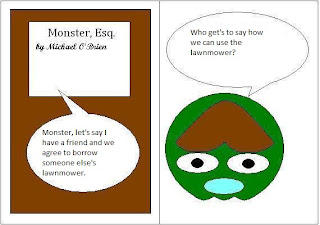 While this blog is mostly retrospective, it's sometimes fun to pregame an upcoming hearing.  Golinksi v. U.S. Office of Personnel Management (OPM) is such as case that combines a strange procedural history, interesting issues and excellent counsel.

Karen Golinski is a staff attorney at the U.S. Court of Appeals for the Ninth Circuit.  Over twenty years ago she began a relationship with Amy Cunninghis. The couple now has an eight year old son and a valid marriage license issued in California between the time of In re Marriage Cases and the passage of Proposition 8.

At that point OPM stepped in and ordered the Blue Cross and Blue Shield Service Plan administrator not to process the request because Section 3 of the Defense of Marriage Act (DOMA) prohibits extension of benefits under the Federal Employee Health Benefits Act (FEHBA) to same sex spouses of federal employees.  Again, Ms. Golinsky appealed to Chief Judge Kozinsky, who ordered OPM to,


cease at once its interference with the jurisdiction of this tribunal. Specifically, OPM shall not advise Ms. Golinski's health plan, the Blue Cross and Blue Shield Service Benefit Plan, that providing coverage for Ms. Golinski's wife violates DOMA or any other federal law.

Again, OPM ignored the order and Ms. Golinski filed suit in federal court to enforce the order under a writ of mandamus which is the subject of the present litigation. Initially, the Department of Justice defended OPM arguing that interpreting FEHBA was under the purview of OPM and not the Ninth Circuit.  That OPM interpretation could be reviewed under the Administrative Procedures Act, but it could not be circumvented by an independent assessment of the Ninth Circuit except by judicial review.  This is the conclusion Judge Stephen Reinhart reached in The Matter of Levinson (9th Cir. 2009).  While the motions pended, the Department of Justice decided DOMA was unconstitutional and ceased defending the statute.

Speak of the House of Representatives, John Boehner then decided to have the Bipartisan Legal Advisory Group (BLAG) appoint outside counsel to defend DOMA in Ms. Golinski's case and others.  Following the change of the guard, Judge Jeffery White agreed and dismissed the case, however, he tipped his had that a Constitutional argument against DOMA would be available and might prevail.

Ms. Golinski's attorneys picked up on the hint and filed an amended complaint which contained claims for unlawful agency withholding of benefits and a declaratory judgment that DOMA is unconstitutional.  BLAG moved to dismiss the complaint stating that Baker v. Nelson (U.S. 1972) and Adams v. Howerton (9th Cir. 1982) have already resolved the issue.

In Baker, two gay men sought to obtain a marriage license, which the county denied them on account of their being of the same gender.  The Minnesota Supreme Court affirmed, and the U.S. Supreme Court stated that there was a lack off a federal question to warrant Supreme Court review.  BLAG argues that this means the Supreme Court found no error and the case is precedent.

In Adams, a gay man's partner was not granted preference under federal immigration laws since the two were not married.  The 9th Circuit found that the federal government's choice to not recognize this union as a marriage was within its discretion.

Ms. Golinski responded by moving for summary judgment.  Oddly, she does not mention either Baker or Adams in her motion, but rather takes the tack of the plaintiffs in Perry v. Schwarzenegger (N.D. Cal. 2010). Rather than argue the case law, she argues that DOMA was based on flawed findings and thus it has to rational basis to any legitimate purpose.

There is a hearing on October 21, 2011, Judge White stated that he wanted to videotape the hearing under a new pilot program in the Northern District of California.  While Ms. Golinski was fine with that the government was not and because of the objection there will not be a tape of the hearing.

Email ThisBlogThis!Share to TwitterShare to FacebookShare to Pinterest
Labels: Constitution