July 2011 California Bar Exam Question 6: who gets the stuff 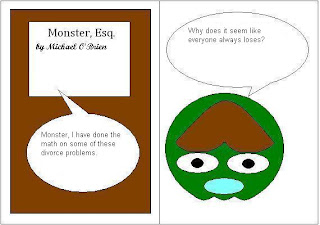 This is the seventh post in my series on the July 2011 California Bar Exam.  If you think that my answers are terrible, let me hear it in the comments.

Question six is a very typical community property question.  Sometimes there are red herrings or complicated math that can make these questions difficult.  Here, the only trap was thinking that premarital titling of property had some effect on its disposition other than by contract law.  It doesn't.

Also, the 2006 marriage is meant to avoid the difference in fiduciary duties between spouses before that point, though I doubt you would lose much credit if you used the old rule.

In 2003, Wendy and Hank were engaged to be married. They discovered that the $10,000 monthly income Wendy derived from a trust fund would terminate upon her marriage or upon her reaching the age of 25, whichever came first. Therefore, they decided to postpone their wedding until Wendy’s 25th birthday, in 2006, and instead began to live together.

In 2008, Wendy learned that her compensation was less than that of her male counterparts and made a claim against the college.

In 2009, Wendy separated from Hank and filed an action for dissolution of marriage. Shortly afterwards, she settled her claim against the college in return for additional salary in the amount of $10,000 per year for the next three years.

Unbeknownst to Wendy, Hank had run up a gambling debt to a casino during their marriage. At the time of their separation, Hank owed the casino $50,000.

Upon dissolution of marriage, what are Wendy’s and Hank’s rights and liabilities with respect to:

Answer according to California law.

The issue is who has rights in the car. Property acquired by two people prior to marriage is governed by contract law. A valid contract requires an offer, acceptance and consideration. Here, “Wendy and Hank agreed that Wendy would pursue a master’s degree in education and Hank would [provide] homemaking services.” Under Marvin, since there is more involved than merely sex, the contract is valid. That contract extends to the car. The parties jointly titled the car, even though Wendy used her own funds to purchase it, and presumably the car furthered performance of the aforementioned contract (education for homemaking services). Since the car is part of a contract and jointly titled each party has an undivided one-half share in the car.

Therefore, both parties have an interest in the car.

Therefore the settlement is community property.

The issue is who must pay the gambling debts. At the onset, the Casino is free to pursue either the community or Hank for the debt, but it cannot pursue Wendy unless she has some sort of contractual relationship with the casino. Spouses owe one another a fiduciary duty in dealing with finances. After 2006, spouses must disclose all financial transactions to the other spouse “without demand” if it would be unfair to the other spouse not to disclose it. Hank had an obligation to disclose the gambling debt which was “unbeknownst to Wendy….” His failure to do so is a breach of fiduciary duty and will result in the gambling debt being used as a set-off against his interest in the community estate.

Therefore, while the Casino can pursue Hank or the Community for the debt, ultimately, Hank will end up paying it.
Posted by Unknown at 10:00 PM