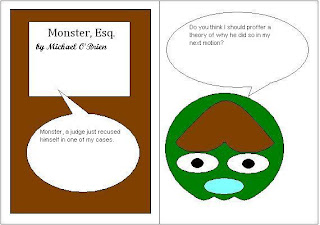 Here are some other cases in the U.S. District Court for the Northern District of California:

Sanchez v. Crescent City Housing Authority is a qui tam action arising under the False Claims Act.  Essentially, Ms. Sanchez is arguing that CCHA made false statements to the Department of Housing and Urban Development (HUD) so that it could obtain reserves of Section 8 housing voucher funds in excess of HUD regulations and spend that money on other city projects.  CCHA claims that the court lacks jurisdiction in the matter because it publicly disclosed the information of the excess reserves in a budget meeting in December 2006 and Ms. Sanchez did not become aware of the behavior until March 2007. Magistrate Maria-Elena James agreed and stated that a false claim cannot be based by information in the public domain unless it is filed by the source who released the information. She dismissed the claim with prejudice.

Nelson v. Ev3, Inc. is a shareholder derivative lawsuit.  Mr. Nelson was a shareholder of  Kerberos Proximal Solutions, Inc.  Kerberos merged with FoxHollow Technologies, Inc in an earnout agreement for $33M plus some proportion of the sale of certain medical devices based on components from Kereros and FoxHollow. Judge William H. alsup noted that "[t]he merger agreement obligated the surviving entity to 'use commercially reasonable efforts to market, promote, sell and distribute' Rinspirator." Mr. Nelson's claim is that Ev3, who bought the new entity, did not do so.  Judge Alsup found that this was enough for claims for breach of the implied covenant of good faith and fair dealing and breach of fiduciary duty to go into discovery.  He denied the motion to dismiss.

AIU Insurance v. Acceptance Insurance Co. is (perhaps unsurprisingly) an insurance coverage dispute.  AIU seeks a declaration that American Safety Indemnity Co. (and not it) is the primary insurer for the now defunct Rylock Company, Ltd.  Rylock is the defendant in 19 underlying suits for construction defects in windows it has manufactured. Judge Phyllis J. Hamilton stated she could not paint all of the 19 lawsuits with such a broad brush.


Nevertheless, the court agrees with American Safety that any determination of
coverage under either of the American Safety policies will require application of the policy terms to the specific facts of each Underlying Action, including the timing of Rylock’s work in connection with each construction project, the timing of any resulting “property damage” alleged, and the amounts incurred by AIU (if any) in defending the parties’ mutual insured, Rylock. Thus, the relief that AIU is seeking in this motion (re “duty to defend in the Underlying Actions”) is broader than is justified by the evidentiary showing.

She denied the motion for summary judgment.
Posted by Unknown at 6:52 PM