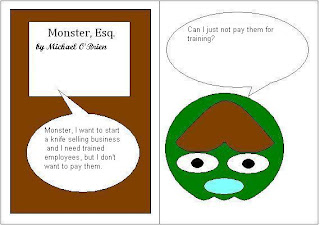 Hear are some of the other orders recently released in the U.S. District Court for the Northern District of California.

Wachovia Securities, LLC v. Raifman is before the court on the plaintiffs motion for a preliminary injunction to prevent the defendants from compelling it to arbitrate with the Financial Industry Regulatory Authority (FINRA).  According to the complaint, this case involves a "90% stock loan" security transaction.  Basically, the Raifmans created a trust with some stock which the pledged a security for a loan in the amount of 90% of the stocks value.  Upon putting the stock into the account, Wachovia sold it pocketed 10% of the value of the stock and used the remainder to pay the loan.  The plaintiffs argue that the Raifmans in their individual capacity are not the plaintiffs' customers for the purpose of the National Association of Security Dealers Code of Arbitration Procedures.  Judge Saundra Brown Armstrong noted that the Ninth Circuit has not yet defined the term "customer" in this context, but a few Northern District of California Courts have considered it.  See Herbert J. Sims & Co., Inc. v. Roven, (N.D. Cal. Mar. 7, 2008) (Jenkins, J.) (a customer has a "a direct investment relationship.")  Judge Armstrong stated that the Raifmans noted that the trust (and not themselves) was dealing with Wachovia in its dealings, that did not show a sufficient relationship and she granted the motion for a preliminary injunction.


The case began when Monsanto filed a request with the Animal and Plant Health Inspection Service (APHIS) seeking to have Event H7-1 deregulated so that it could plant the seed anywhere in the country.  APHIS granted the request and the Center for Food Safety, representing a group of organic farmers in Northern California, sued to enjoin the agency's ruling because it felt that pollen spread by  insects from genetically enhanced sugar beets would commingle with un-enhanced beets which compromises the organic nature of the un-enhanced beets.

The secretary lost the at the temporary restraining order phase and now moves for reconsideration stating that the Ninth Circuit's decision in Wilderness Society v. Rey has changed the legal framework of the original decision.  Judge Jeffery S. White disagreed:


Moreover, Wilderness Society was cited to by Amici in their brief filed on September 23, 2010, before the Court issued its ruling on the merits. Additionally, the Court already considered and rejected Defendants’ and Amici’s argument that Plaintiffs failed to demonstrate standing based on the standard set forth in Summers and applied in Wilderness Society.

He denied the request to file a motion for reconsideration.

Harris v. Vector Marketing is a class action under the Fair Labor Standards Act (FLSA) presently on a motion to certify the class.  Ms. Harris complains that Vector trains people to sell Cutco knives, they are not paid for training and Ms. Harris believes they should be.  Judge Edward M. Chen found that about 5,400 people qualified for the class and finally certified it.
Posted by Unknown at 12:49 AM