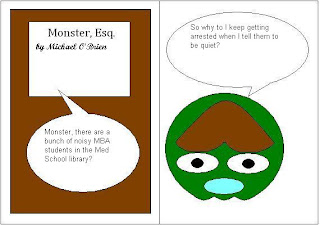 Several Judges in the U.S. District Court for the Northern District of California released orders in civil rights cases, among them:

In Ruiz v. Fischer the defendant warden labeled the prisoner plaintiff pro se a "prison gang affiliate" and placed him in administrative segregation.  Mr. Ruiz claims that the evidence used to make that classification was so unreliable and insufficient it violated his Fourteenth Amendment Due Process rights in a manner actionable under 42 U.S.C. § 1983.  As this blog previously explained under 15 Cal. Code Regs. § 3378, to be validated as a gang member the warden must have three independent pieces of evidence.  Here, Judge Marilyn Hall Patel explained five items of evidence were available.

That evidence provided some indicia of reliability that Mr. Ruiz was in a gang and justified his move into the segregated housing unit (SHU).  She granted summary judgment for the warden.

Kemp v. Roskowski involves a homeless man on Social Security with bipolar disorder who would like to be left alone in the library at the University of California Medical Center in San Francisco. On May 3, 2007 he complained that some MBA students were making a racket and was arrested for his troubles.  The library obtained a stay-away order on May 29, 2007 which another court vacated on June 29, 2007.  Somehow the computer system never updated the order's expiration.  On October 1, 2007 Mr. Kemp returned to the library, was arrested again, and was released shortly after the University informed the police of their mistake.  He sued on October 8, 2008 for false arrest in superior court and filed the present suit in 2010.  Judge Phyllis Hamilton found that the 1983 claim missed the statute of limitations and that his claims under Title II of the Americans with Disabilities Act fail as well:


Here, Kemp does not allege that defendants denied him access to library services. Indeed, based on the allegations in the FAC, it appears that he was a long-time patron of the UCSF library before his arrest on May 3, 2003. Instead, his ADA complaint is based on the claim that library staff and UCSF police refused to enforce the "rules" of the library — no eating, no talking, no making noise — in the way that Kemp believed the rules should have been enforced, with the result that his ability to read and concentrate while in the library was affected.

She granted the defendant's motion to dismiss with prejudice.

Jackson v. Lombardi is a case this blog discussed previously.


In March 2008, four police officers used a taser on Mr. Jackson multiple times.  He told them to stop and Mr. Lombardi tased him again.  He prevailed on [one] claim[] [after post] trial [motions:] a First Amendment claim against Lombardi for chilling his free speech rights.

Now, both sides are moving for attorney fees.  Under Thomas v. City of Tacoma, (9th Cir. 2005), a prevailing plaintiff “should ordinarily recover an attorney’s fee unless special circumstances would render such an award unjust.”  Here both parties claim they prevailed, Mr. Jackson prevailed on his First Amendment claim, the defendants prevailed on everything else.  So where does that leave us?


In opposition to plaintiff’s motion, defendants state the following:


If it was the court’s intent to determine definitively that neither side "prevailed" over the other, then it is true that the plaintiffs are not entitled to any attorneys' fees at all. But for this court's "finding" in its earlier order regarding costs, the defendants would not have wasted any time contesting the plaintiffs' (really Mr. Jackson’s) "entitlement" to some attorneys' fees. In short, a dispute between the parties under [42 U.S.C.] § 1988 will concern the amount of such fees, rather than the absence of them.

This passage is not clear. What can be meant by an "absence" of attorney’s fees? Perhaps defendants mean to say that they do not contest plaintiff’s entitlement to fees, just the amount to be awarded. Perhaps instead defendants allude to a prior order regarding costs to point out its effect on Section 1988 analysis regarding attorney’s fees. It is hard to know

Judge Alsup stated Mr. Jackson prevailed and is entitled to attorneys fees related to his (but no not the other plaintiff's) litigation expense.
Posted by Unknown at 11:20 PM