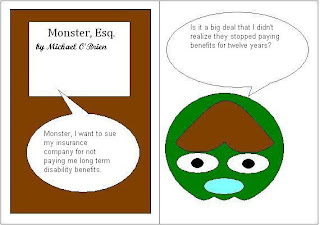 This blog noted yesterday that Judge Lucy Koh was working the day after Veterans Day, so were Judges Jeremy Fogel and Richard Seeborg who ruled in the following cases.


[Here,] a homeowner proceeding pro se [] claims she was a victim of predatory lending in violation of the Truth in Lending Act (TILA) and related California state law claims. Upon receiving service, New Country Mortgage moved to dismiss the action stating that Ms. George never made a tender offer and an allegation of one is necessary to plead a claim to rescind the loan. Further, it asked for the lis pendens upon the property to be lifted. Magistrate Harold R. Lloyd recommended that the case be dismissed.

Ray v. Prudential Life Insurance Company of America is a dispute over denial of a long-term benefits claim.  While these claims are frequently ERISA actions, Ms. Ray is pursuing the matter as a common law contract dispute.  From 1979 to 1992, Ms. Ray worked for the university of California where she received long term disability (LTD) and life insurance benefits from Prudential.  In 1992, she claimed short-term and later long term disability benefits for an anxiety disorder.  Prudential paid benefits and waived the life insurance premiums pursuant to the policy.  The LTD policy only paid benefits for two years for a mental disorder.  In November 1994, Ms. Ray submitted medical records stating that that she was disabled for reasons other than her anxiety disorder.  Prudential disagreed and stopped paying benefits on January 21, 1995. In 2008 she changed her status from disabled to retired and asked how that affected her LTD benefits.  Prudential informed her that it terminated benefits in 1995 and, upon further review, denied her waiver of life insurance premiums as well.  On October 19, 2009 Ms. Ray initiated the current suit for breach of contract.  Prudential moved for summary judgment stating that the two year statute of limitations expired in July 1997 and Ms. Ray did not file her claim until twelve years after that point.  Ms. Ray argues that the statute should be equitably tolled.


In her complaint, Ray raised an argument that she “did not notice that Prudential ceased making disability benefits to her until November, 2008.” [] Prudential acknowledges that the SOL was equitably tolled during the period where it stopped paying benefits but before it issued its final rejection in July 1995. See, e.g., Prudential-LMI [Com. Insurance v. Superior Court (Cal. 1990)] (holding that statutory limitation was tolled from the time insured gave notice of loss until coverage was denied). Ray cites no authority for the proposition that the SOL commences only after the claimant “notices” something is wrong. Accordingly, there is no material dispute regarding the accrual time on Ray’s claims.