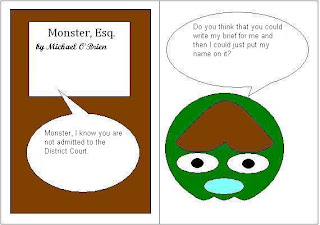 Here are some other cases in the U.S. District Court for the Northern District of California:

Lenz v. Universal Music Corp. is a misrepresentation action under the Digital Millennium Copyright Act. Stephanie Lenz posted a video on YouTube of her toddler dancing to Price’s song Let’s Go Crazy. Universal sent YouTube a takedown notice stating Ms. Lenz’s video infringed its copyright. YouTube complied. Ms. Lenz, now represented by the Electronic Frontier Foundation, sued Universal for materially misrepresenting that the video infringed its copyright. Apparently, Ms. Lenz didn’t infringe the copyright because as of the November 17, 2010 motion to compel all that remains in this case is whether Universal knew that Lenz’s video didn’t infringe its copyright and a determination of damages.

The really interesting legal issue here, is how damages are calculated under Section 512(f), which is an issue of first impression in the nation. In Ms. Lenz’s February 2010 Motion for Summary Judgment Judge Jeremy Fogel explained:

That brings the case to the present motion to compel. After the Court found the use of the Prince song was not copyright infringement, Ms. Lenz went on various blogs and electronic chats to discuss conversations she had with counsel. Unsurprisingly, Universal would like to discover those chats. Magistrate Patricia Trumball ruled that the attorney-client privilege was waived. The content of the disclosures seems to be more embarrassing than probative. Ms. Lenz chats about “EFF [planning] a publicity blitz against Universal” and about how her attorney believed that Prince was behind the whole thing in the first place. If nothing else, it should make for an interesting deposition.

Judge Fogel denied the objections to the discovery order.

The blog has previously covered the bankruptcy case of Warner v. Reiter:


Warner v. Reiter is an appeal of a bankruptcy court decision in an adversarial proceeding of two litigants appearing pro se. Mr. Warner is an attorney and Mr. Reiter had an attorney ghostwrite his brief. Through a series of events, Mr. Reiter sued Mr. Warner and obtained two judgments against him, one for abuse of process and a second for attorneys' fees. The California Court of Appeals reversed both awards and the California Supreme Court granted review of the attorneys' fees award. While this went on, Mr. Reiter and his wife filed the underlying bankruptcy action but did not report their interest in the appellate outcome of the judgment.


The primary purpose, therefore, of the “ghostwriting” appears to have been to allow Clausen to evade his obligation to be or to become a member of the bar of this Court prior to practicing in this forum.  The rules requiring such membership facilitate the Court’s ability to ensure that attorneys practicing before it adhere to standards of competence and professionalism generally, and that they are familiar with the rules and procedures that specifically apply here.  See Civil Local Rule 11-1(c)

to change the first sentence to read:


One potential objection to “ghostwriting” is that an attorney may thereby evade the obligation to be or to become a member of the bar of this Court prior to practicing in this forum.


Clausen has explained that he chose not to appear as counsel of record because he was providing his services pro bono, and hoped to avoid becoming further personally enmeshed in the extensive litigation that has arisen between the parties. Clausen argues there are a variety of situations in which policy considerations support allowing attorneys to assist litigants without formally appearing.

Judge Seeborg noted ghostwriting could be sanctionable when a party acts in bad faith and causes prejudice.  Here there is no evidence of either, so he (again) affirmed the judgment of the bankruptcy court.
Posted by Unknown at 10:09 PM