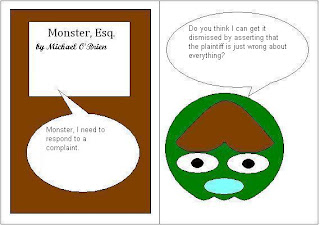 Doe v. Willits is a relatively sad case involving a teacher who sexually abused a student. The teacher is not questioned in these papers. This case seeks to determine whether the guardian ad litem has a claim against the school under either 42 U.S.C. Section 1983 or Title IX of the Education Amendments of 1972. Judge Jeffery S. White found that the school had absolute Eleventh Amendment immunity from liability for the 1983 claim, however, the Eleventh Amendment does not apply to Title IX. Sexual harassment can be the basis for a private right of action, when it is severe enough and the school is deliberately indifferent to it upon receiving notice. Here, there is no dispute about severity, rather the plaintiff claims the school had notice when the teacher groped the student at a party attended by parents and other teachers. The court disagreed and found that upon learning of a pattern of sexual encounters, the principal suspended the teacher, called child protective services and, when dissatisfied with the response she received, the sheriff. Judge White granted summary judgment for the school.

E.S. v. Konocti Unified School District is a case for failure to provide a free and appropriate public education (FAPE) under the Individuals with Disabilities Education Improvement Act (IDEA). The parents of E.S. allege that he has attention deficit hyperactivity disorder (ADHD) and that the school district failed to comply with the “child find” requirement of IDEA, that it did not provide E.S. with a FAPE and it also violated Section 504 of the Rehabilitation Act. In its motion to dismiss the school district does not question the legal sufficiency of the claims, rather it points out that, factually, the claims lack merit. Magistrate Nandor J. Vardas stated that a dispute of the factual sufficiency of the claims cannot be resolved in a motion to dismiss, and he denied the motion.
Posted by Unknown at 8:57 PM