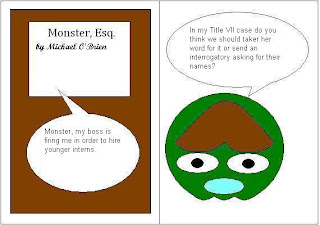 This blog previously covered Zhang v. Walgreen where Ms. Zhang unsuccessfully tried to amend her complaint. Now Walgreens has moved for summary judgment. To recap: Ms. Zhang worked as a pharmacist at Walgreens for several years, when her husband had to relocate to China they returned to California for the summer and Ms. Zhang worked as a pharmacist. When she planned to return in the summer of 2009 she told he supervisors she was pregnant, they told her no jobs were available.

Ms. Zhang claims that the termination is because of her gender, disability or age. In the burden shifting test, Walgreens argues that it had legitimate non-discriminatory reasons for not rehiring her, namely it had plenty of people, except in Modesto, where it started a new store and did not want to hire temporary employees in order to become established in the community. It’s communications with Ms. Zhang reflect this.

I thought age would be a closer call because one of the emails said that Walgreens planned on hiring new interns who graduated from pharmacy school. One may think that discovery would have revealed one new intern hired younger than Ms. Zhang, but it didn’t. Therefore, the “specific and substantial evidence” needed to survive summary was not present.

Her disability/failure to accommodate claims failed because pregnancy is not a disability.

Lawrence v. Lenders for Community Development (now the “Opportunity Fund”) seems to be an Equal Credit Opportunity Act (ECOA) complaint that includes allegations of violations of most civil rights statutes (42 U.S.C. Sections 1981, 1982, 1983, 1985 and 1986). Mr. Lawrence is on his Fourth Amended Complaint, having previously proceeded pro se in his first three attempts, he provided a lot of contradictory allegations which make discerning the exact facts a bit difficult. According to court documents, Mr. Lawrence applied for a loan through the Opportunity Fund for his business, a private investigative company, he appears to have wanted $10,000. The Opportunity Fund asked for his personal tax return, two years of business tax returns, and six months of bank statements. He only provided one year of tax returns. For reasons which are the subject of the current case, the Opportunity Fund’s business advisor, Devin McAlpine told him he wasn’t going to get the loan and asked for a marketing plan. Mr. Lawrence gave him the marketing plan, and in March 2007, Mr. McAlpine sent him a letter rejecting the application for a lack of an established earnings record and insufficient income to repay the loan. The following month, the Opportunity Fund offered Mr. Lawrence an immediate $2,000 credit builder loan and stated future loans were possible if the business performed well. Mr, Lawrence declined the offer and filed the current lawsuit.

The gravamen of the current complaint is that the Opportunity Fund has an “advertised policy” of not giving assistance to African Americans. Judge Charles R. Breyer was skeptical, but allowed amendment:


The Court instructed Plaintiff to make sure that he has “alleged facts in good faith that will demonstrate that there is this written policy. That’s the only amendment I’m giving you, not anything else. Just to amend to state that and give the facts in support of that proposition.”

Gomez v. SEIU is the second discrimination lawsuit against the Service Employees International Union Local 87 this blog has covered in as many weeks. Here, Maria Gomez and others similarly situated allege that the Local 87 has engaged in a wide pattern of discrimination favoring “Chinese and Arabic members” at the expense of Latino members. The EEOC issued the plaintiffs a right to sue letter (which is not unusual) stating, “[there is] reasonable cause to believe that [the Union] discriminated against [the plaintiffs] on the basis of their race/national origin, Hispanic.” The Local 87 moved to dismiss gender discrimination claims stating they were not raised before the EEOC and the plaintiffs failed to exhaust that remedy bars their relief in federal court. Further, the disparate treatment claims lack the detail necessary to prevail. Judge Richard Seeborg agreed that the gender discrimination claims failed and dismissed them with prejudice. However, the factual allegations for the disparate treatment claims present “a cognizable theory of relief.” He mostly denied the motion to dismiss.
Posted by Unknown at 9:27 PM