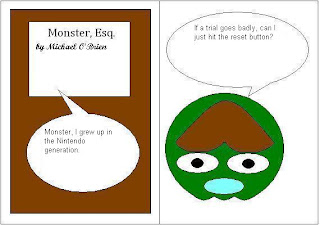 Last July a jury in the U.S. District Court for the Northern District of California found that Fresenius Medical Care had not infringed patents held by Baxter Healthcare Corporation.  This was a total defeat for Baxter who later had the patents at issue declared invalid by the Federal Circuit and another patent found invalid by the USPTO.  As Judge Phyllis J. Hamliton remarked on the trial:


In the court’s view, the trial was hard-fought,and attorneys on both sides were aggressive. As for the "extraneous statements," such statements (on both sides) simply reflected the competitive nature of the relationship between the parties.

Now Baxter claims that it should have 1) won the trial in the first place or 2) get a new trial.  A motion for a new trial can be granted where the jury verdict is not supported by substantial evidence.  As Judge Hamilton noted:

In the Ninth Circuit a new trial can be granted when "1) a verdict is contrary to the weight of the evidence, (2) a verdict that is basedon false or perjurious evidence, or (3) to prevent a miscarriage of justice." Molski v. M.J.Cable, (9th Cir. 2007).  Again, Judge Hamilton dismissed this request:


The court is not persuaded that Fresenius presented improper claim construction arguments, nor that the jury’s verdict of noninfringement was against the clear weight of the evidence.

The case is Baxter Healthcare Corp. v. Fresinius Medical Care Holdings, No. 07-1359 and the opinion is below the jump.