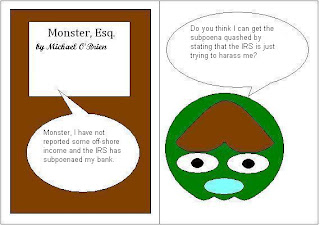 Here are some other cases in the U.S. District Court for the Northern District of California.

MM v. Lafayette School District is an action under the Individuals with Disabilities Education Act (IDEA) where the parents are suing on behalf of their son, CM essentially to challenge an Administrative Law Judge's order which found that the School District adequately accommodated CM's disabilities. This is the third case in this series, the second of which is on appeal to the Ninth Circuit.  The case considers the impact of Mark H. v. Lemahieu (9th Cir. 2008).  That case considered the requirements for pleading and proving a violation of § 504 of the Rehabilitation Act based on the claim of a denial of a Free Accessible Public Education (FAPE). As Judge Susan Illston explains:


To assert discrimination in the education context, "something more than a mere failure to provide the [FAPE] required by [the IDEA] must be shown." J.W. v. Fresno Unified Sch. Dist.,  (E.D. Cal. [Jul. 9] 2008). That is to say, "Plaintiffs who allege a violation of the FAPE requirement contained in [Section] 504 regulations . . . may not obtain damages simply by proving that the IDEA FAPE requirements were not met." Mark H.

So what is that something more:


The Wiles [v. Department of Education (D. Haw. 2008)]court distinguished cases challenging the "design" phase of FAPE from those challenging actual "implementation." It concluded that plaintiffs raising "design" phase challenges needed to cite specific regulations that (1) were violated and (2) fell sufficiently within Section 504's implied right of action. In contrast, plaintiffs challenging "implementation" of a FAPE brought a claim within the statute and therefore did not need to cite regulations.

Judge Illston adopted the Wiles standard and dismissed the case with leave to amend.

Jatinder Shillon, a Medical Corporation v. U.S.A. is a petition to quash a third party summons issued by the IRS to Bank of America. The Petitioner claims that it and the IRS are in a dispute about taxes owed in 2006 and 2007.  However, the IRS sent a summons to BOA seeking production of all records from 1993-2003.  The Petitioner says this information has no purpose with the current dispute and should be quashed.  The IRS responds that it is auditing the company, Mr. Shillion and his wife personally from 1999-2007 and that this information is relevant.  Judge Charles R. Breyer explains:


The target of an IRS investigation can challenge a summons issued by the governmentto a third-party. 26 U.S.C. § 7609(b). To issue a valid summons under section 7602, the Government must show that the summons: (1) is issued for a legitimate purpose; (2) seeks information that may be relevant to that purpose; (3) seeks information that is not alreadywithin the IRS’s possession; and (4) satisfies all administrative steps required by the Internal Revenue Code.

Taking those elements by the numbers:
1. The IRS may issue a summons to investigate "merely on suspicion that the law is being violated, or even just because it wants assurance that it is not." United States v. Powell, (U.S. 1964).  Here there was a question about whether off-shore income was reported creating a legitimate purpose.
2. Petitioner claims that the statute of limitations has expired for most of those years, however, the IRS can still investigate:


[S]ection 7602 allows Respondent to examine "any books, papers, records or other data which may be relevant." That "may be" language “reflects Congress’ express intention to allow the IRS toobtain items of even potential relevance to an ongoing investigation, without reference to itsadmissibility. See United States v. Arthur Young & Co., 465 U.S. 805, 814 (1984).

3. The IRS wins on a declaration.
4. No dispute

Judge Breyer granted the motion to dismiss and declined to quash the subpoenas.
Posted by Unknown at 12:14 AM