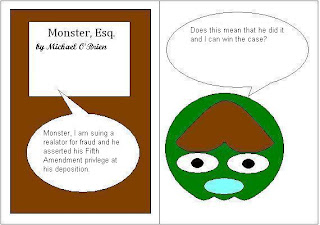 Here are some of the other orders on summary judgment motions in the U.S. District Court for the Northern District of California.

Via Technologies, Inc. v. SONICBlue Claims, LLC seems to be a rather complicated breach of contract case.  Via Technologies once was in a joint venture with SONICBlue.  SONICBlue declared bankruptcy and a few entrepreneurs created SONICBlue Claims LLC (SBC) to buy and make claims in the bankruptcy proceeding against SONICBlue.  Via Technologies settled its claims with SONICBlue's bondholders, (the "VIA settlement") however, Via received only $4 million of the $12 million it was promised in the settlement.  SBC believes that this settlement was fraudulent and is now suing for a breach of the settlement agreement.  Before Judge Phyllis J. Hamilton is SBC's motion for summary judgment on Via's claim for a breach of the implied covenant of good faith and fair dealing stating that these claims were already raised in the bankruptcy action.  Judge Phyllis J. Hamilton was not certain this was the case:


The court cannot say that there is an identity of claims between VIA’s claim here and any claim brought in the Bankruptcy Court. Here, the “causes” of VIA’s action are defendants’ conduct that allegedly deprived VIA of the benefit of its bargain under the CTA,including the right to a portion of the recovery on the Transferred Rights. These causes of action were not addressed by confirmation of the Plan.

She denied the motion for summary judgment.

Mandajano v. Geitner combines a Merit Systems Protection Board (MSPB) appeal and a Veterans Employment Opportunity Act (VEOA) case.  Here, Tim Geitner, the U.S. Secretary of the Treasury moves for summary judgment on the MSPB claims.  On September 11, 2008, Salvador Mandujano pled guilty to driving under the influence of alcohol (DUI) and the court revoked his driver's license.  On October 22, he received a notice of proposed removal for failure to maintain a driver's license and DUI.  A hearing officer upheld the charges and dismissal.  Mr. Manduanjo appealed to the MSPB which affirmed his termination.  He now appeals to Magistrate Laurel Beeler.  She was not impressed.


The problem here is that Mandujano never identified to the MSPB what veterans’ preference was violated. AR 282. The only thing he alleged before the MSPB was that the agency had a policy of not firing disabled veterans. Id. The MSPB held that this allegation was not supported by any evidence in the record. AR 282 n.2. Mandujano's attorney was advised that she needed to "further define this allegation at the hearing," and she did not. AR 282. Indeed, Mandujano testified that he had no idea what veterans' preference he was alleging. AR 283; see AR 1128:2-8 (Q: "What vet preference do you feel was violated?" A: "I - I - I have no idea."); see also Defendant's Motion, ECF No. 39 at 8 n.2 (Mandujano never claimed veterans' preference in employment application to U.S. Mint; checked "no preference" in answer to Question 22, which said "Place an 'X' in the box next to your Veteran Preference claim") (citing AR 13). The MSPB thus concluded that Mandujano failed to prove his claim by preponderant evidence. AR 283.

Garvin v. Tran is a large consolidated mortgage fraud action before Magistrate Harold R. Lloyd on a motion for summary judgment.  Many plaintiffs sued Jesus Chavez for misrepresenting terms of loans, failing to translate critical documents into Spanish and performing a bait-and-switch with loan documents.  At his deposition, Mr. Chavez took the Fifth Amendment.  Now, the plaintiffs have moved for summary judgment against him.


Moving Plaintiffs allege that fees paid to Chavez were unlawful kickbacks and unearned fees in violation of Section 8 of RESPA, 12 U.S.C. § 2607. [However, it] is not clear, though, that Chavez accepted a fee, kickback, or thing of value. Chavez asserted his Fifth Amendment right as to whether any money was exchanged between him and Tranor Palacio Mortgage (Chavez Depo at 73:13-17), but no adverse inference was drawn as to this fact. See Adverse Inference Order at 4 (finding that sufficient independent evidence did not exist to support such an inference). Aside from Chavez’s testimony (or lack thereof), Moving Plaintiffs do not cite any other admissible evidence to support their claim that Chavez received anything of valuein exchange for any settlement services he performed.

Judge Lloyd denied summary judgment giving the plaintiffs a chance to find some more facts before trial.
Posted by Unknown at 3:29 PM