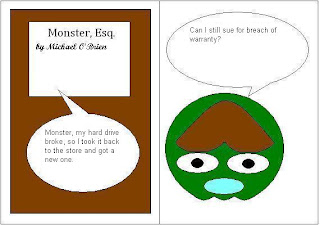 Heisler v. Maxtor Corp. is a putative class action where the plaintiffs are alleging that Maxtor sold them defective computer hard disk drives between November 2003 and January 2011.  Maxtor has moved for summary judgment stating that the plaintiffs failed to demonstrate that it violated their warranties.  The plaintiffs deposition testimony was not helpful to their case as Judge Jeremy Fogel pointed out:


Plaintiff Temple alleges that he purchased two hard drives, both of which experienced problems within the warranty period. Temple Decl. at ¶¶ 2-6, Dkt. 171. However, Temple admits that he returned the drives for a full refund and ultimately suffered no loss of data. Stagg Decl., Ex. C 56:2-19; 58:25-59:3. In his deposition testimony, Plaintiff Traub admitted that he was aware that his warranty had expired at the time his hard drive allegedly failed. However, in his declaration filed in support of Plaintiffs’ original motion for class certification, Traub claimed that his hard drive failed within one year of purchase, implying that it had failed during the life of the warranty. Traub Decl. ¶ 6, Dkt. 171.

He was not persuaded by the plaintiffs:


Both Agerton and Traub have admitted under oath that their drives first experienced problems after the warranty had expired. Heisler cannot verify his purchase date, and Temple admittedly was made whole. Accordingly, Plaintiffs have not demonstrated that a breach occurred within the term of the warranty.

Judge Fogel granted summary judgment for the defendants.
Posted by Unknown at 5:20 PM