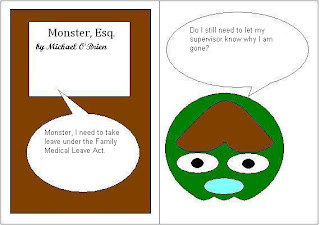 Here are some other recent dispositive order in the U.S. District Court for the Northern District of California.


Philip Morris also notes that, like Xavier, Franklin smokes his chosen brand of cigarettes because he likes their flavor (Webb Exh. C at 81, 119). Philip Morris further cites testimony indicating Franklin has not considered smoking other brands of cigarettes and has not investigated the low-tar cigarette options currently on the market (id. at 94, 108, 119, 124–25). This testimony might make Franklin a tougher sell to a jury, but it is not inconsistent with the theory that he would have smoked the safer cigarettes proposed in the complaint
if Philip Morris had manufactured them and informed its customers of their attributes.

He denied the motion for summary judgment as to the design claims, but granted it as to everything else.

Vivenzi- De La Cruz v. Holder is an appeal of the government's decision to deport an immigrant which is on remand from the Ninth Circuit to determine whether the plaintiff is a U.S. Citizen.  The original decision was made in the District of Arizona and was transferred to Judge Charles R. Breyer on remand.  This case rises and falls on whether the petitioner is a U.S. Citizen as Judge Breyer explains:

Kennedy v. Bank of America is a wrongful discharge claim under the Family and Medical Leave Act.  Bank of America moved for summary judgment stating that Ms. Kennedy never requested leave and therefore does not fall under the protections of the act.  Judge Claudia Wilken agreed:


Furthermore, even if Plaintiff intended to take FMLA leave, she failed, as required by 29 C.F.R. § 825.303 (c), to follow procedures prescribed in the Bank of America employee handbook. She never gave Owen [her supervisor] the doctor’s note that he requested.

Casaretto v. Coldwell Banker Realty is a mortgage dispute.  The plaintiffs claims that they only entered into the transaction because Coldwell offered to give them a series of loans to pay off the loans that encumbered the subject property.  The loans never happened and the plaintiffs sued for negligent misrepresentation.  Coldwell responds that the claim is time-barred and Judge Lucy H. Koh agreed:


Plaintiffs claim their injuryarose when they issued the promissory notes to De Oca (on October 30, 2007 and November 1,2007) and allowed escrow to close on the $ 1.1 M contract (on November 5, 2007). In light of these undisputed facts and the Plaintiffs’ contentions, the Court finds that Plaintiffs were or should have been aware of all elements of their negligent misrepresentation claim as of, at the very latest, the day after escrow on the $400,000 contract was set to close—January 15, 2008. Plaintiff’s theory is that they would not have issued the $400,000 or $55,000 loans to De Oca but for Brigham’s statements that repayment of the loans would be “promptly forthcoming” upon close of escrow on the Property, and that they would be paid back in the “next following days” after escrow closed. Compl. at ¶ 16. Escrow on the Property closed on November 5, 2007. Following this, De Oca failed to pay back the $400,000 by the due date of November 15, 2007 inthe note, and then failed in a second attempt to get funding for the $400,000 note through theNovember 27-28, 2008 contract. As of January 15, 2008, the day after escrow on the $400,000 contract was set to close, De Oca had made no scheduled payments on either the $55,000 note or the $400,000 note, and had not obtained funding for the $400,000.

However, the plaintiffs did not file suit until February 10, 2010 which is nearly a month after the statute of limitations ran.  Judge Koh granted summary judgment for the defendants.
Posted by Unknown at 12:51 AM