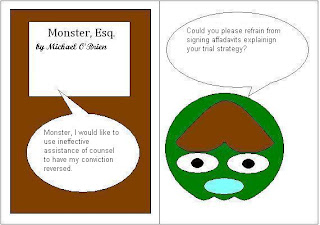 I was going through some of the habeas corpus petitions for the first half of this year, and I noticed that the only judge to grant them in the Northern District of California was Phyllis Hamilton.  This merits some discussion.  As this blog has previously explained:


The Writ of Habeas Corpus is really one of the truly distinguishing features of the common law. Starting in the Seventeenth Century judges gave themselves the prerogative to order jailers to release the King's subjects or face their own confinement for contempt. Today, the writ is somewhat different, it protects individuals who 1) are confined by judges who apply rules contrary to the Constitution of the United States as determined by the U.S. Supreme Court or 2) were convicted based on an unreasonable application of the law in light of the evidence.

Habeas is a Hail Mary pass. In order to give the federal district court jurisdiction to hear the petition, the trial court, and state appellate court must have arrived at a decision contrary to federal law. Then the prisoner must exhaust his state habeas remedies before the federal court will grant collateral review. After all that, if there is still a constitutionally deficient mistake, the Federal judge will grant the petition and compel relief. The vast majority (perhaps 99%) of these petitions fail, but if you had a 1% chance of getting out of prison and no negative consequence for filing, wouldn't you take it?

Under the California State Constitution, an original habeas petition can be filed in either the a California county Superior Court, California Court of Appeal or the California Supreme Court.  In order for the Federal District Court to have jurisdiction to hear the prisoner's petition, the California Supreme Court must have either 1) issued a reasoned decision 2) summarily denied the petition or 3) ignored the position after the time for a response has passed.  When option 1 occurs, the federal court reviews the reasoned decision to determine whether it is "contrary to" the U.S. Constitution or an "unreasonable application" of the law in light of the evidence.  This review is extremely deferential.  Option 2 and 3 are more common, where no court makes a reasoned ruling, then under Delgado v. Lewis (9th Cir. 2000) the Federal District Court reviews the record as a whole:

(my emphasis).  Most of the federal courts in California believe that Delgado has been overruled at least in part by Lockyer v. Andrade (U.S. 2003).  For example, in Baker v. Yates (S.D. Cal. 2007), the Court explained:

Himes offers a more refined view of the legal standard:

(my emphasis).  That was an issue in Lockyer.  Previously, the 9th Circuit had sought to determine whether the state court's passing on a habeas issue was "clear error"  the Himes standard is more deferential to the state court.  The Easter, Central and Southern Districts of California are careful to note this change in precedent.  No judge in the Northern District has commented on it, probably because the procedure of review, has not changed merely the standard applied to that review.

In Andaxola v. Woodford, a Contra Costa County jury convicted Juan Manuel Andazola of first degree murder and assault with a firearm.  The trial judge then sentenced him to an indefinite term of twenty-five years in prison.  As Judge Hamilton explained:

[I]n order for a Brady claim to succeed, (1) the evidence at issue must be favorable to the accused, either because it is exculpatory or impeaching; (2) that evidence must have been suppressed by the prosecution, either willfully or inadvertently; and (3) prejudice must have ensued[.]

In the first round of pleading, Judge Hamilton denied the petition, concluding that Mr. Andasola failed to satisfy the second element.  However, the state had admitted in pleadings 1) the evidence was favorable and 2) that it had suppressed the evidence.  Judge Hamilton granted a rehearing on the matter to determine whether this information was prejudicial.


This court’s review of the record and relevant law leads the court to conclude that the issue of materiality is not a particularly close call. Not only did Salgado’s alleged misconduct in the other cases occur during the same period that the investigation in this case was being conducted, the misconduct – the falsification of evidence– was very similar to the allegations of misconduct made by two of the prosecution’s witnesses in this case, Delgado, a percipient witness to the shooting, and Juan Carlos, a testifying but non-percipient witness. Delgado was interrogated by a number of officers, but Salgado was the only one who claimed she had confided to him that Andazola was the shooter and that shehad done so privately, out of the presence of any corroborating witnesses. Although Officers Brown and Cromwell, who had both spoken with Delgado, testified that she had expressed concerns for her own safety if she testified truthfully and had apologized for not testifying truthfully, neither testified that they had ever heard Delgado name Andazola as the shooter.

Judge Hamilton vacated the conviction and ordered the state to either retry Mr. Andazola or release him.

In Rodriguez v. Adams an Alameda County jury convicted Salvador A. Rodriguez of second degree murder.  The trial judge then sentenced him to an indefinite term of forty years in prison.  As Judge Hamilton explained:


Rodriguez claims that his trial counsel provided ineffective assistance of counsel when she failed to adequately investigate and present testimony from numerous additional witnesses who would have supported Rodriguez’s defense [justification of the use of deadly force].

In a unique twist, William Foskett, the investigator assigned to Mr. Rodriguez's defense, wrote a "letter to the court [that] detailed his concerns about the way Rodriguez’s case had been handled by his trial counsel, Pauline Weaver." Mr. Foskett went to law school and was admitted to practice law in California in 1999.  Mr. Rodriguez raised the ineffective assistance of counsel argument before the California Court of Appeal, but Ms. Weaver did not sign a declaration disclosing her trial strategy.  Since Ms. Weaver's strategy cannot be supported, Judge Hamilton simply assessed whether it could conform to any reasonable strategy.  She decided it couldn't.  Two witnesses stated that they were present at the altercation and that Mr. Rodriguez was either provoked into shooting the victim or justified by doing it.  Whereas, no percipient witnesses were called at trial.


Additionally, the court concludes based on the totality of the evidence, that there is a reasonable probability that the jury would have reached a different result had Jackson and Alberty testified. Testimony from Alberty and Jackson would have supported defense witness Breshell’s testimony about the general danger and aggressiveness posed by theWalker group. This corroboration was particularly important since the prosecution tried to discredit Breshell throughout the trial. If Rodriguez was going to successfully argue justified use of deadly force as a defense, he needed more than Breshell’s and his own testimony.

Judge Hamilton vacated the conviction ordered the state to retry or release Mr. Rodriguez within 120 days.

Michael W. Briseno pled guilty to 32 counts of child molestation each carrying a mandatory minimum of fifteen years so he received a sentence of 210 years without the possibility of parole.  His trial counsel advised that the only viable means of appeal was to claim the sentence was unjustly excessive, but never advised Mr. Briseno on the mandatory minimum sentence for the charges.  When Mr. Briseno's appellate counsel took over the time for filing a certificate of probable cause on the issues of the trial judge's failure to advice Mr. Briseno about the mandatory minimum on the charges.  Similarly, trial counsel never sought a certificate of probable cause with regard to Mr. Briseno's competence to stand trial The Ninth Circuit held that the former was ineffective assistance of counsel compelling relief, but the latter was not.


We remand with instructions to grant the writ of habeas corpus on the issue reversed and order the defendant released unless he is afforded an opportunity to appeal that conviction within a reasonable time. Each party shall bear their own costs.

Judge Patricia C. Fawsett from the Middle District of Flordia, sitting by designation concurred in total.

Judge McKeown dissented in part stating he did not believe that relief should be granted on either claim:


In light of the 32 counts of sexual misconduct with children, the trial court was quite clear as to the scope of the penalty and advised Briseno as to the maximum penalty. The trial court also was clear that Briseno was "not eligible for probation in this matter," an understanding confirmed by Briseno. The trial court disabused Briseno of any notion that he would not be sent to prison because the jury would understand that Briseno was experiencing "certain forms of depression and even emotional dysfunction that could be due to severe alienation and loneliness." Briseno acknowledged that he was "a classic pedophile to the highest degree" but claimed that he "could never hurt a flea." Further, he presented no statements, evidence or affidavits that his plea would have been different had he been advised specifically with respect to the mandatory minimum and, at the time of his plea, he categorically stated that he didn't want a jury trial and that he didn't want to go to trial in part to protect his son.

Judge Hug would have granted relief on both claims:


Briseno's possible right to a competency hearing was not appealed under pertinent California statutes. California law applicable to Briseno's case provided that "[i]f counsel informs the court that he or she believes the defendant is or may be mentally incompetent, the court shall order that the question of the defendant's mental competence is to be determined in a hearing . . . ." Cal. Penal Code § 1368(b) (1999) (emphasis added). The hearing is to be held in the form of a separate trial by court or jury. Id. No such separate hearing was held. Instead, the trial court declared Briseno competent based on a report submitted by a doctor a year prior to the sentencing hearing and on the judge's own observations.

Judge Hamilton ordered that the state either release Mr. Briseno or permit him to appeal.
Posted by Unknown at 11:00 PM