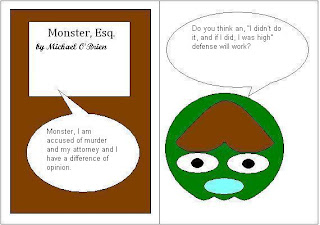 Hill v. Campbell is a prisoner petition for habeas corpus that makes a collateral attack on his original conviction. Following a nine-day trial in Santa Cruz County Superior Court a jury convicted Mark Douglas Kill of rape and kidnapping his former girlfriend. By August 15, 1998 the girlfriend had a restraining order on Mr. Hill, nonetheless they decided to go out drinking, things didn’t go well from there culminating in Mr. Hill’s beating and choking his former girlfriend to a point of unconsciousness then having sex with her several times in the middle of a field by a friend’s house. Mr. Hill complains that he was required to wear a stun belt while in court and that guards taunted him about using it. He felt they were sadistic because they allowed other inmates to attack him. This, he argues affected his testimony, made him sweat profusely and caused the jury to find him lacking credibility. On state collateral review, the trial court found that trial judge committed constitutional error by failing to state reasons on the record as to why the restraint was necessary. However, it then held a hearing to determine the extent of the harm, defense counsel and the prosecutor denied that Mr. Hill was sweating or nervous, the prosecutor noted he seemed more “intense” than “tense.” Judge Richard Seeborg agreed that Mr. Hill failed to show the stun belt caused harm and denied the petition for habeas corpus.

Jenkins v. Evans is a prisoner petition for habeas corpus that makes a collateral attack on his original conviction. On September 20, 1994, Mr. Jenkins and a few cohorts planned to conduct a staged robbery of a Brinks armored truck. Things did not go as planned, the guard was supposed cooperate and give over the loot, but instead he drew his gun and started firing at Mr. Jenkins. Mr. Jenkins ran away, returned fire and killed the driver. After the California Court of Appeal nullified his first trial, a second jury convicted him of first degree murder with various sentence enhancements resulting in a sentence of twenty-five years to life. This case is similar to Robert Lamar Ball's successful petition that this blog previously covered where no California Court gave a reasoned review to Mr. Ball's petition for habeas corpus causing Judge Marilyn Hall Patel to provide an “independent review of the record” See Green v. Lambert (9th Cir. 2002). Among other issues, Mr. Jenkins alleges that he did not have a fair trial because the prosecutor systematically removed African-Americans from the jury on the basis of race in violation of Batson v. Kentucky (U.S. 1986). Judge Patel disagreed:


The prosecution explained that one of the jurors was a victim of police brutality and did not trust the police, a second did not appear to understand the proceedings, a third had an out of court interaction with the prosecution that left the prosecutor uncomfortable, a fourth believed she attended school with Mr. Jenkins, a fifth could not focus on the case because of problems at home and work, and the final two seemed sympathetic toward the defendant because of their own experiences[.] The record supports the state court’s conclusion that the bases for challenge offered by the prosecution were legitimate, nondiscriminatory, and genuine.

Johnson v. Horel is a pro se prisoner petition for habeas corpus that makes a collateral attack on his original conviction. The State alleged that Mr. Johnson was involved in a conspiracy with others to kill and rob Stephen “Snoo” Harless and dump his body at the Bear Creek Staging Area. Mr. Johnson’s collateral claims tend to parrot those that got his first conviction vacated: 1) prosecutors withheld evidence of a third participant 2) the judge did not give a jury instruction on destruction of evidence and 3) the prosecutor used a different theory to convict Mr. Johnson than it used to convict his codefendant at a separate trial. Judge Phyllis J. Hamilton explained that all of the evidence Mr. Johnson claimed was withheld or destroyed at his first trial was presented to the jury at his second trial, which shows no denial of due process. The third matter was a closer call. As Judge Hamilton explains:

The California Court of Appeal thought the theories were consistent because the evidence presented was basically the same at both trials and the co-defendant, Mr. Harrison was convicted under an aider-and-abettor theory not a theory of direct liability. Judge Hamilton found that a reasonable application of the law and denied the petition for habeas corpus with leave to appeal the three issues discussed above.


Lara v. Yates is a pro se prisoner’s petition for habeas corpus challenging the validity of his conviction and sentence. A Santa Clara County Superior Court jury convicted Mr. Lara of twenty-two (by my count) sex offenses that occurred over a period of twenty-two years. The trial court admitted evidence under California Evidence Code Section 1108(a) of previous sexual offenses that were uncharged. Similarly, the California legislature extended the statute of limitations for sex offenses in the midst of Mr. Lara’s malfeasance (Section 803(g)). The trial judge sentenced him to 195 years to life in prison plus fourteen years and eight months. Mr. Lara appealed stating that the change in the evidence and penal codes was an ex post facto law. He received a reversal on one of the counts, but the California Court of Appeal otherwise affirmed the judgment. Judge Marilyn Hall Patel disagreed.

Under Article 1 section 10 of the Constitution, “No state shall…pass any… ex post facto Law….” The definition of an ex post facto law goes back to Calder v. Bull (U.S. 1798):


I will state what laws I consider ex post facto laws, within the words and intent of the prohibition. 1st. Every law that makes an action done before the passing of the law, and which was innocent when done, criminal; and punishes such action. 2d. Every law that aggravates a crime, or makes it greater than it was, when committed. 3d Every law that changes the punishment, and inflects a greater punishment, than the law annexed to the crime, when committed. 4th. Every law that alters the legal rules of evidence, and receives less, or different testimony, than the law required at the time of the commission of the offence [sic], in order to convict the offender.

With regard to the evidence claim, it is a violation of the ex post facto clause to lower the evidentiary burden to some below, “beyond a reasonable doubt.” The California Court of Appeal stated that the change in the evidentiary rule did not change the burden of proof, rather it merely expanded the pool of admissible evidence which is constitutionally permissible. Judge Patel agreed.


The crimes in counts 18-20 occurred between September 11, 1987 and September 10, 1990. The statute of limitations would have expired for these offenses between September 1994 and September 1996. After the offenses were committed, but before the statute of limitations had expired for any of these four offenses, § 803(g) became effective January 1, 1994. Pursuant to this section, Lara was charged in December 2002, within a year of the May 3, 2002 reporting of the offenses by the victims to the police. The state appellate court correctly concluded that Stogner does not pply because the limitations period had not expired before it was extended.

Schoppe-Rico v. Horel is a pro se prisoner’s petition for habeas corpus challenging the validity of his conviction and sentence. A jury in Contra Costa County convicted John Schoppe-Rico of first-degree murder and various sentence enhancements resulting in an indeterminate sentence of fifty years to life in prison. The charges involved two separate but related events, Mr. Shoppe-Rico shot up his girlfriend’s friends car on September 4, 2000 when she told him she wanted to leave him. On October 17, 2000, the girlfriend again tried to leave Mr. Schoppe-Rico, was beaten for her efforts, but escaped to a neighbor’s house. Mr. Schoppe-Rico then went to hang out at a bus stop. When a man with two large shopping carts full of recyclables was crossing the street, Mr. Schoppe-Rico shot ad killed him with a 22-caliber rifle. Mr. Schoppe-Rico had many differences in trial strategy with his attorney and now claims that the attorney’s failure to take his sage advice rendered counsel ineffective. Judge Jeffery S. White seemed impressed with counsel’s handling of the case:


It may be that Petitioner is confusing admission of evidence of the accidental shooting with evidence that was excluded, that he lied to the deputy investigating the accidental shooting, telling the deputy that someone else had shot him. (RT 2284-85.) Counsel’s success in excluding that bit of information was not, of course, deficient performance.

Petitioner’s defense at trial was that he was not even present at the scene, a contention which would be inconsistent with a voluntary intoxication defense. Although alterative defenses are in theory possible, wise counsel would be understandably reluctant to present an “I didn’t do it, and if I did, I was high” defense. Counsel’s tactical decision here was not ineffective.

A lawyer need not file a motion that he or she knows to be meritless on the facts and the law. Put simply, trial counsel cannot have been ineffective for failing to raise a meritless motion.

Because the Court determines in this ruling that all of Petitioner’s other claims lack merit, his appellate counsel’s failure to raise them on appeal was neither deficient nor prejudicial under the Strickland standard.

He denied the petition for habeas corpus.
Posted by Unknown at 2:54 PM