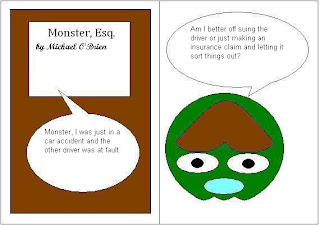 Here are some of the recent orders on summary judgment motions in ERISA and insurance cases in the U.S. District Court for the Northern District of California.

Burrows v. AT&T is typical ERISA case where the plaintiff claims that the defendant denied her short-term disability benefits in violation of the plan's terms.  Like other ERISA cases, this one rises and falls on the standard of review.  Magistrate Bernard Zimmerman explains:


While plaintiff agrees that the abuse of discretion standard applies, she urges the Court to conduct a heightened review under Metropolitan Life Insurance Co. v. Glenn, (U.S. 2008), and Abatie v. Alta Health & Life Insurance Co., (9th Cir. 200[6]) (en banc), because there is a conflict of interest between defendant and Sedgwick. According to plaintiff, Sedgwick [the plan administrator] cannot be neutral and independent in its evaluations of claims because it is employed by defendant and its continued employment depends on satisfying defendant with its services.

Sadly for Ms. Burrows, that train left the station in 2009 where another claimant made the same claim in Edwards v. AT&T Disability Income Plan (N.D. Cal. 2009) (Hamilton, J.).


The rationale behind plaintiff's argument has previouslybeen rejected. In Edwards, the court faced an almost identical situation as the ERISA benefit plan at issue involved defendant acting as the Plan Administrator and delegating its authority to evaluate disability claims to Sedgwick[.] Edwards held that the relationship between defendant and Sedgwick did not present aconflict of interest because Sedgwick was "solely responsible" for administering claims while the Plan Administrator was "solely responsible" for paying claims.

Judge Zimmerman found that Sedgwick did not abuse its discretion and granted summary judgment for the defendant.

District Counsel 16 Northern California Health and Welfare Trust Fund v. Creteguard is another ERISA case, this one is of the labor union complaining of a lack of contribution to a pension fund variety.  The parties are disputing as to who is a qualified employee under the plan.  Creteguard claims that only employees in forty selected counties are included and the Fund claims that Creteguard failed to keep accurate records, so all employees are in.  Judge Charles R. Breyer found that the Fund had the better of the argument.

Judge Breyer had a nice compliment for the Fund's attorneys:


Applying the lodestar method, the rates are imminently reasonable, as are the hours devoted to the lawsuit. Spending less than $13,000 on a case worth more than $1 million is a model of efficiency.

He granted summary judgment for the Fund and awarded the plaintiff's fees and costs.

New Hampshire Insurance Co. v. McNab asks the perennial question: When is a $1 million policy worth less than $1 million?

Bill McNab was injured in a accident at work when an underinsured motorist (UM) crashed into his truck.  NHIC issued an insurance policy to Mr. McNab's employer which had a maximum UM coverage of $1,000,000.  He obtained worker's compensation (WC) payments for his medical expenses along with an $8,000 job training voucher, social security disability insurance (SSDI) for his inability to work and a $100,000 settlement from at-fault driver's liability insurer.  From this settlement he reimbursed the State Compensation Insurance Fun $33,145.85.  NHIC wants to set-off Mr. McNab's recovery by all of the above, and he does not want that which is the subject of the current summary judgment motion before Judge Claudia Wilken.

With regard to SSDI, it cannot be an offset, because California law does not allow it to be one.


NHIC's citation to California Insurance Code § 11580.2(a)(1) does not support an offset based on McNab's social security payments. The provision authorizes an insured and insurer toagree to limit uninsured motorist coverage for bodily injury to an amount less than $30,000, as long as it is more than $15,000, the minimum required by California Vehicle Code § 16056. However, this provision does not mean that any and all agreements to reducecoverage are enforceable.

The amount from the State Fund already paid can be offset, but future payments cannot be off-set, similarly, the voucher is unlikely to be used and cannot be offset.


In contrast to Waggaman [v. Northwestern Security Ins. Co (Cal. App. 1971)], McNab has been deemed permanently disabled, and the State Fund's Award on Stipulation provides: "Further medical treatment to [McNab's] upper back, chest, ribs,left shoulder and left elbow." McNab intends to seek further payment from the State Fund for future medical costs, although the precise amount is unknown. Thus, an offset for medical expenses covered by the State Fund is warranted. On the other hand, it appears unlikely that McNab will be able to use the job training voucher due his ongoing disability and his age. Since McNab will not likely receive this benefit, an offset for its value is unwarranted.

The settlement can be used as a set-off to the extent it was not used to reimburse the state fund.  Judge Wilken granted summary judgment for the off-sets as noted here.
Posted by Unknown at 11:13 AM